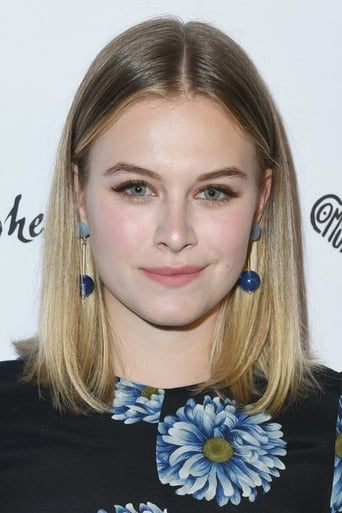 传:A Canadian actress known for starring as Polly Cooper on The CW series Riverdale and as Robin on the ABC television series Once Upon a Time. Skovbye's first substantial role was as the 10-year old Jane on the drama series Painkiller Jane in 2007. Skovbye has also appeared in a number of television films, most notably Lifetime's The Unauthorized Saved by the Bell Story in which she played Elizabeth Berkley. Tiera Skovbye has a younger sister, Ali, who is also an actress, and is engaged to Jameson Parker.