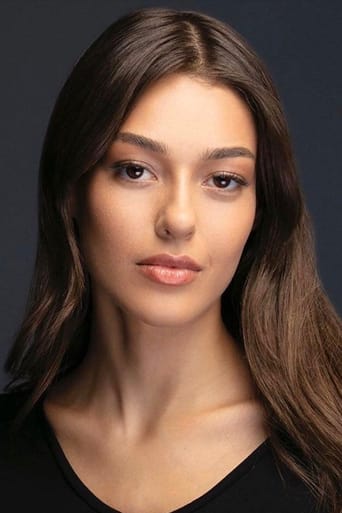 Biography:Dilan Çiçek Deniz is a Turkish actress, model and beauty pageant titleholder who was crowned Miss Universe Turkey 2014 and represented her country at the Miss Universe 2014 pageant. She is known for her role as Sena Koçovali in Çukur TV show. She was born in Sivas. Her parents are teachers. Her mother is Hale Temizyürek and her father is Orhan Deniz. She got three years of theater education from her high school. At the age of 15 she wrote a poem book named I taught sun is my mother in Turkish language. When she was 17 she joined the theater competition of her school and won an action prize. She started with tourism major in Ege university. But she soon changed her major to literature. Dilan participated in 2014 Elidor Miss Turkey beauty competition and won the 2. place. In 2015 Miss universe that took place in Miami she represented Turkey. In 2015 she acted as 'Ebru' character in "Tatli Küçük Yalancilar". In that TV show She acted with Bensu Soral, Sükrü Özyildiz, Alperen Duymaz, Beste Kökdemir, Büsra Develi, Burak Deniz. In 2015 she also acted as 'Elif' in "Günesin Kizlari" TV show with Hande Erçel and Tolga Saritas. Dilan was crowned as Miss Universe Turkey. At the same pageant with three other winners of Miss Turkey 2014. Dilan and three queens who were crowned as Miss World Turkey as the official winner of the pageant, Miss Earth Turkey as the third place and the last place as Miss International Turkey. The Miss Turkey pageant for 2014 was held at the Star TV Studios in Istanbul on May 27.