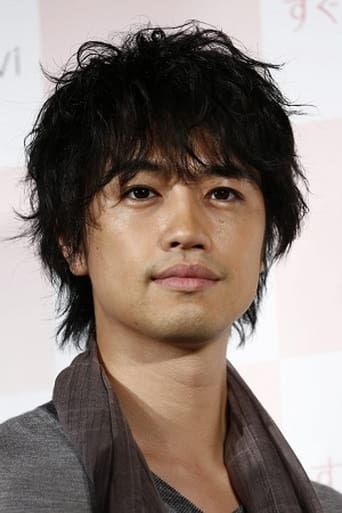 Biography:Takumi Saitoh (斎 藤 工 Saitō Takumi, Tokyo, Japan, August 22, 1981) is a Japanese actor, singer, and model. Saitoh was born on August 22, 1981, in the city of Tokyo, Japan. He made his acting debut in 1992, playing a small role in the Japanese drama Ippai no kakesoba. In the following years, he worked as a model for companies like Calvin Klein and Issey Miyake. In 2001, he starred in the movie Toki no kaori: Remember me (a remake of the Korean film Ditto), while in 2006, he participated as Yūshi Oshitari in the musical adaptation of the manga The Prince of Tennis, a role that made him gain popularity as an actor. Also, in 2006, he played Shūya Arisada in the drama Princess princess D, an adaptation of the homonymous manga by Mikiyo Tsuda. However, his most important role was undoubtedly that of Noeru Kisaragi in the direct-to-video movie BOYS LOVE. The film tells the story of a magazine editor who meets and interviews a young model (later he also discovers that he is a gigolo) and the immediate attraction that arises between them. After the success of the film, the following year a theatrical successor to it was released (titled Schoolboy Crush in the West), but with a different plot and without Saitoh's involvement. Another of his most important works is Sukitomo, another homosexual-themed film, released in 2007, and Itsuka no kimi e, also released that same year. The expressiveness of Saitoh as an actor and his natural way of embarking homosexual characters has contributed to give a "normalized" image of homosexual love in Japan, to the point of making it accessible and understandable to the general public. However, he ran the risk of being caught in a series of characters of that nature, so he joined the cast of the lightweight 2007 drama Delicious Gakuin. He participated in the 2009 graduation special of the Gokusen drama series and in HANA-KIMI 2011, the second Japanese TV adaptation of the comics of the same title.